RFT: The Space-time of the Human Universe, Part I 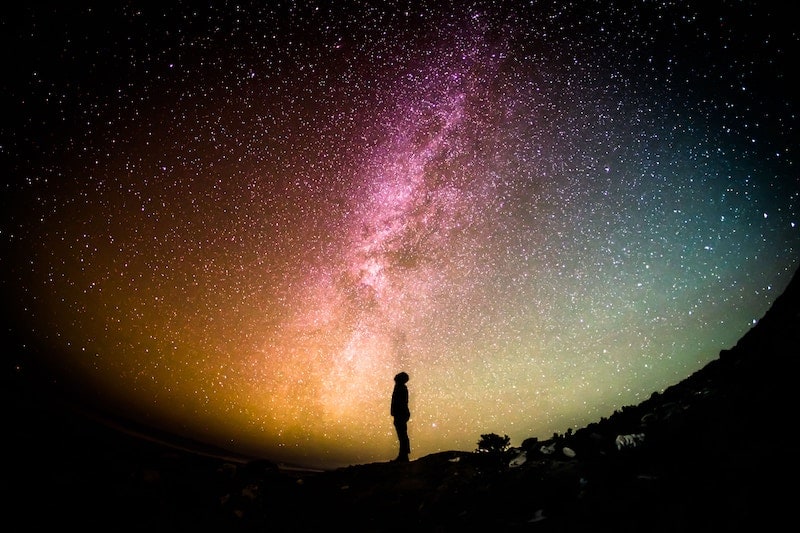 I’m going to start this post off by telling you a little secret. I get a little obsessive with ideas. Give me something interesting to think about and I’m a kid with a Rubik’s cube all over again. When I immersed myself in RFT I turned that Rubik’s cube so many times I dreamt in RFT. (Yes, I know that’s weird.)

While you’re adjusting to that information, let me show you why I will probably never get tired of playing with this toy. I’m going to show you several metaphorical, philosophical, and sometimes downright fun, ways to understand RFT.

CONSTRUCTS, RELATIONS, AND THE BEAUTY OF THE UNIVERSE

First, let’s loosen your frames a bit and help you ‘connect’ more abstractly. Let’s channel Karl Sagan for a moment and teach RFT through a little astrophysics.

Imagine the earth and planets swirling about in space. They all have this rhythm and dance to how they move about each other. Imagine now that those planets are constructs (e.g., “psychological flexibility”, “courage”, “love”, “present-moment-focus”, “mindfulness”, “habituation”, “transference”, etc).

Now looking out on the planets we are like the astronomers once were… seeing these celestial bodies in awe but not understanding their rhythms. We can ‘see’ them dancing around each other but we can’t tell why. Most of our scientific method in psychology is based around this level of mystery. We assume we know very little and that every hypothesis is a bit like glancing in the telescope and hoping we see planets crash together. If we see it, and we haven’t spent all day looking through the telescope… then that’s an important finding! And, because we can’t all watch the whole universe we each pick a few planets (constructs) to watch intensely.

Now let go of your favorite planets for a moment and zoom back… look at the big picture. See the planets moving on their orbits over the course of time…

Now drop to a different level of analysis.  In this picture, we see what we scientists later understood about planets influence each other.

What we understood that gave us infinite and useful knowledge about space (even beyond the planets we could see) was… as Karl Sagan put it, “gravity is geometry.”

Gravity is a distortion in space-time that forms a kind of net that allows the weight of the planets to pull against each other. This is what gives them their lovely dances in relation to each other.

RFT, and behavior analysis more broadly, is the gravity beneath our day-to-day behavior. It shows us how the constructs influenced by human verbal/symbolic behavior dance together.

This is ‘true’ in several ways:

Gravity is a very ‘real’ force to be reckoned with and yet you can’t ‘prove’ it in most contexts. We just trust that it’s there because it is useful to do so. The construct of gravity is a description of relation. It’s a useful explanation in daily life for why it would be stupid to hold the DSM-5 over your foot and drop it. Sure, you could go ask Karl Sagan for the formula and proof but in the meantime… you should probably still move your foot out of the way of the DSM.

In the same way, RFT relations can’t typically be ‘proven’ the moment. That’s not the point in applied work though. Like the web you see below the planets, what RFT, and behavior analysis more broadly, gives us is far more powerful than a view of the actual planets. It gives a way to predict and intervene in nearly anything influenced by human thought. (If that doesn’t inspire awe … go back and read it again.)

On another level, what it does is let see the planets in a new light. They are no longer separate planets dancing unpredictably in space. They are a tiny visible piece of the universe dancing an understandable rhythm influenced by the interlocking distortion of space-time that holds them in relation to each other.

And just like this conception of gravity as space-time distortion… understanding RFT, and behavior analysis, allows us to come up with some amazing ways of understanding our universe.

If you like learning about Relational Frame Theory, behavior analysis, principles, or the philosophy of science through metaphor, or otherwise, let us know in the comments below!