The Parthenon on Quicksand 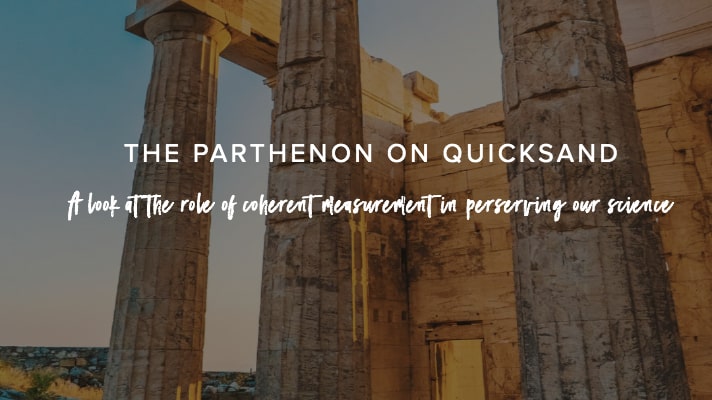 by Angela Cathey This may be a time of transition for psychology. Our path as a field has led to some great advances but as it has grown it also has begun to unravel at its seams. The credibility of psychology Though every field has its strong personalities and theoretical battles, psychology is one of the few fields so advanced, and yet, resistant to settling on common language and methodology. Having a level of fundamental disagreement that runs so deeply as to prevent basic agreement around measurement is obstructing the growth of our field. We advance a view of measurement at the base level of observable behavior, whenever possible, and fitting of this under different traditions. Relying on this level of metric allows various schools to find a common language around fundamental and observable relationships between behavior. The impact of not having a common language Disagreements about metrics expand into disagreements around the constructs they measure, application of methods to move these constructs, and finally the construction of methodologies to measure the effects of application. We see this in raising up of the Randomized Controlled Trial (RCT) as a standard research methodology for deeming treatments efficacious. RCTs are a research methodology established around finding differences between groups, assumptions that behaviors and symptoms vary on a normal curve, and attempts to reduce measurement ‘error’ around a hypothetically constant construct. Backing down to the level of measuring actual behavior, when possible, allows us to scale to construct with less statistical and methodological ‘noise’ added to the top of everything. Use of these methods and reliance on assumptions to make the normal curve ‘work’ have likely contributed to the replication crises currently observed in behavioral science research. Some of this is inherent in the process of developing a science itself; however, as a science, we need to agree at the methodological level so we can soundly disagree at other levels. Allowing our science to further build on highly variable methodology is building the Parthenon on quicksand. 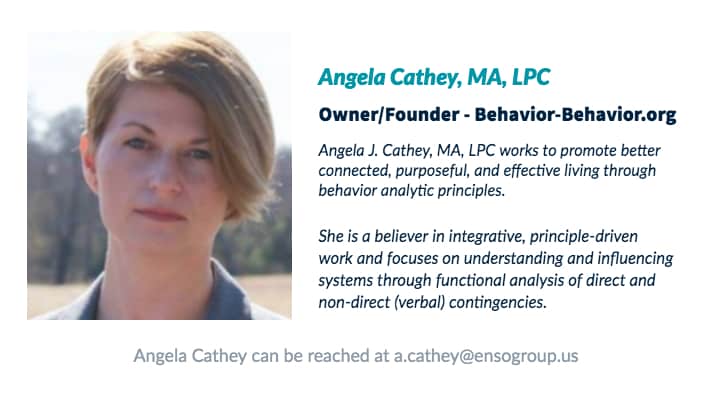